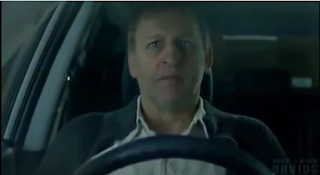 Unsurprisingly, the Twitterati backlashed it in a big way – to the extent where people announced on Twitter about them boycotting the American Apparel stores. The damage was irreversible.
Posted by Unknown at 2:53 AM 3 comments:

Power of Social Collaboration to Create Your Personal Brand

I am super excited to be part of this event happening in Pune on September 7th. Apart from sharing my own learning on using social media tools for building a powerful personal brand, I am more excited to listen to the panelists and learn through the interactions. 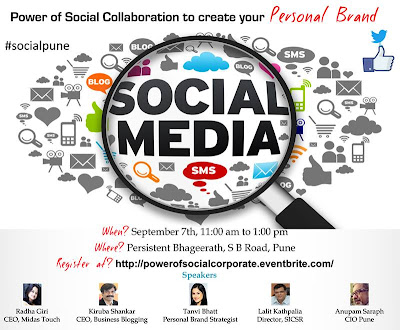 When: September 7, 2013 11:00 am to 1:00pm
Where: Persistent Bhageerath, S.B. Road, Pune
Register at: http://powerofsocialcorporate.eventbrite.com/

Come and join us for an exciting Saturday morning!
Posted by Unknown at 2:24 AM No comments: 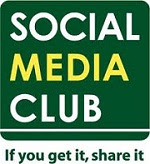